Welp, Kim Kardashian just dropped this total bombshell on the world in her interview with Vogue Magazine: she wants to be an attorney like her dad Robert Kardashian, most famously known as OJ Simpson's attorney.

The reality TV star has apparently been studying secretly in an apprenticeship at a San Francisco law firm for the past year. She plans to sit for the bar exam in 2022.

People have been roasting Kim K for the fact that she did not go to law school or even obtain an undergraduate degree. Some have even compared her to Lori Loughlin's spoiled daughter, saying that she could simply buy her way in to the legal field.

Interestingly, a law degree is not required for one to become a lawyer in the state of California. An alternate option, like in Kim's case, is to complete a four-year apprenticeship before taking the bar exam.

The following is what Twitter has been saying about the situation! 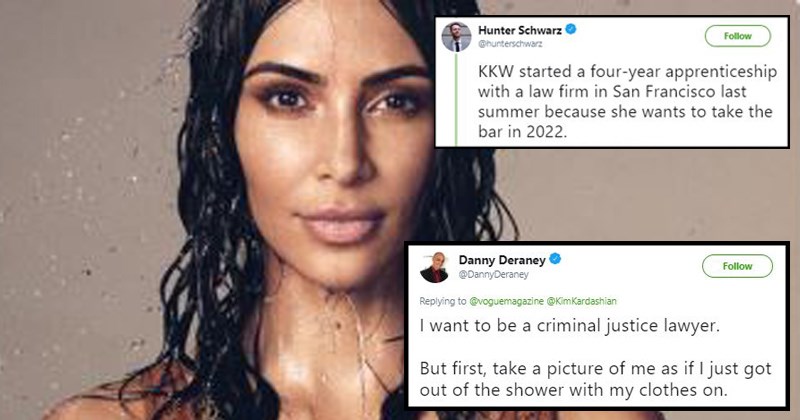 Dafuq Did I Just Watch?