Smash Mouth's 'All-Star' is a meme all its own (as can be proved in our lists here and here) but one good samaritan by the name of Isaac Meyer decided to take his devotion to the next level by translating the popular tune into the ancient language of Aramaic. And then translating it back to English. The nearly prophetic-sounding translation went viral after being tweeted by Jen Maglio, and people on Twitter went absolutely nuts over it. After haters started to argue with the translation's authenticity, Meyer himself uploaded a video performing his translation and shutting down the doubtful whiners. We're far from experts in ancient languages, but this sh*t is unbelievably entertaining. We choose to believe in the translation's authenticity, and thank Meyer for helping the world, one Aramaic translation at a time. 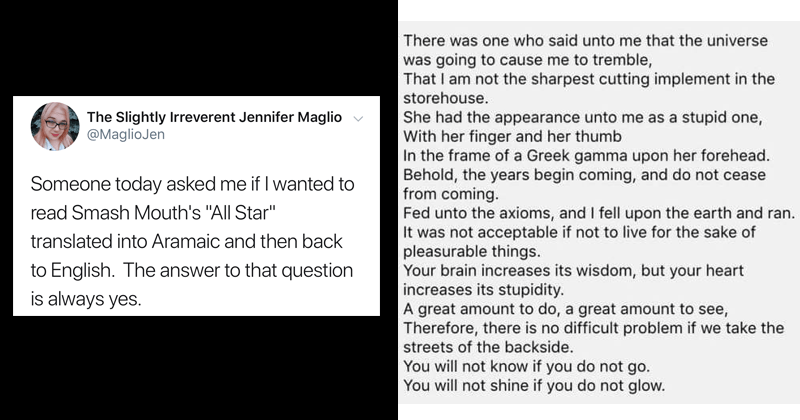