There's nothing we like more than a super stupid meme, and "I'm baby" satisfies this love perfectly. The meme was inspired by a text message exchange between a mother and a babysitter regarding a home invasion back in 2017. Mom managed to get out "I'm baby. Call 911" and the screenshot went viral after popping up on Tumblr later that year. The text has become a pretty prolific shitpost, finally exploding this March on Twitter. People are using it for everything from selfies to self-deprecating tweets. Here are some of our favorites. 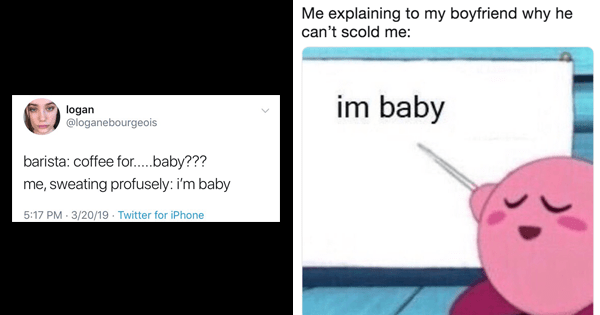