It's nearly been a week since Amazon released their final episode of The Boys' second season and we are still definitely not okay. The finale lived up to the show's hype: it was an action-packed hour of violence, intrigue, and very dark humor.  Some of the violence was good - the evil Nazi "supe" Stormfront was reduced to a very crispy German-spouting stump. Unfortunately, the white supremacist's demise came at the expense of Becca, the beloved wife of Karl Urban's gruff and foul-mouthed Billy Butcher.

Becca's untimely death brought out a sentimentality in Butcher that we hadn't seen before, leaving the vigilante to take care of her laser-eyed, Ryan. Between that tear-inducing segment, Victoria Neuman's supe reveal, and Homelander's bizarre (and epic) self-pleasure scene, the hour was chock full of insanity. It's a shame we have to wait until 2021 for new episodes, but we take comfort knowing that the showrunners have plans to keep the action going for at least 5 seasons. While we anxiously wait for more Fresca references and c-word abuse, we'll have to settle for these memes. 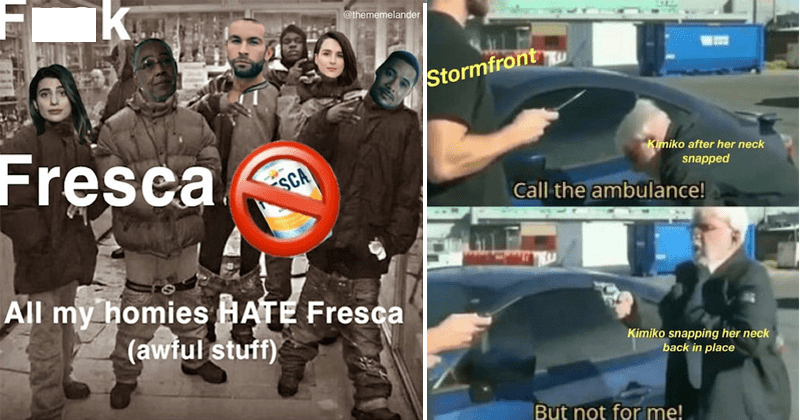