Think you've seen it all? Think again. Twitter user @grimiestt has truly lived up to their name after uploading a video of themselves licking an airplane toilet seat. The astonishingly gross video has understandably left much of Twitter completely shook, and has resulted in a surprisingly number of business opportunities. The 22 year old Brooklyn resident has officially upped the ante for airplane antics, so people who are patting themselves on the back for being members of the "Mile High Club" should feel somewhat humbled. We're just happy to hear that they're still alive after what they describes as a "numbing" experience. 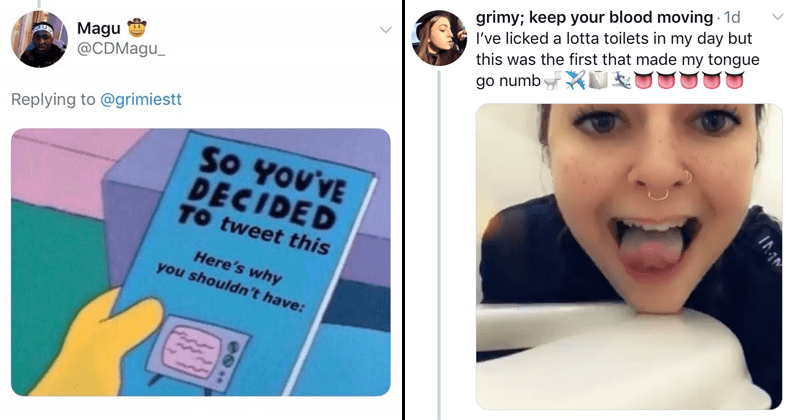