Late summer has not been kind to California. The state's devastating wildfires have set a new record this year, with 2 million acres burned. Officials are calling the damage (and threat) unprecedented. And to add insult to injury, after investigations, it's become clear that the El Dorado Fires were caused by a gender reveal party.

The El Dorado Park fires in Yucaipa, just outside Los Angeles, have forced thousands to evacuate, and over 7000 acres have been scorched. The area has been suffering from an intense heat wave, making the decision of the expectant parents to use pyrotechnics for their stunt even more perplexing. The couple, whose identities have not been released, could end up paying millions in suppression costs, and could even go to jail. We've long thought that gender reveals are cringey and narcissistic practices. But now we've got some solid proof. And Twitter (obviously) has a lot to say about the matter. And most of it? Pretty funny. 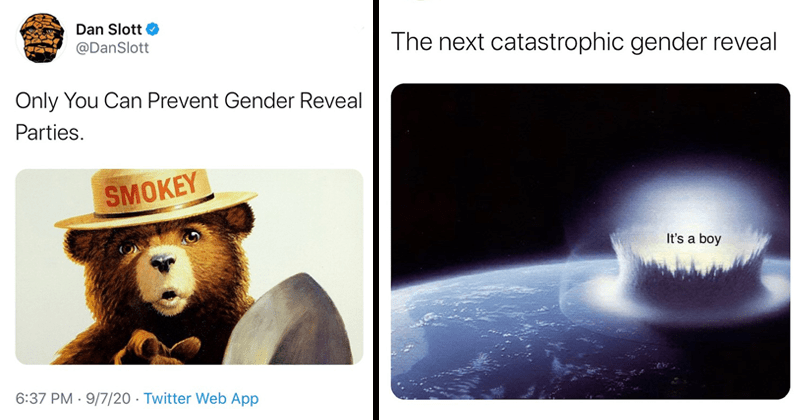