Future's Getting Meme'd Again In 'She Belongs To The Streets' Tweets

Rapper Future is no stranger to the meme game. He's been the star of many a mocking relationship-centric meme since "Future Sending Exes Texts" came onto the scene around Thanksgiving. Unfortunately, instead of making a mockery of ex-boyfriends, this meme seems to wag a finger at promiscuous women. The tweets feature the text "She belongs to the streets," which was popularized by Future - and many of the meme creators seem to acknowledge their misogynistic nature by labeling the rapper's tome as the "Book of Misogyny." We're hoping the people who retweet the memes are aware of the slightly problematic message - and hope women know it's okay to run free. We all know that dudes see no qualms about it. 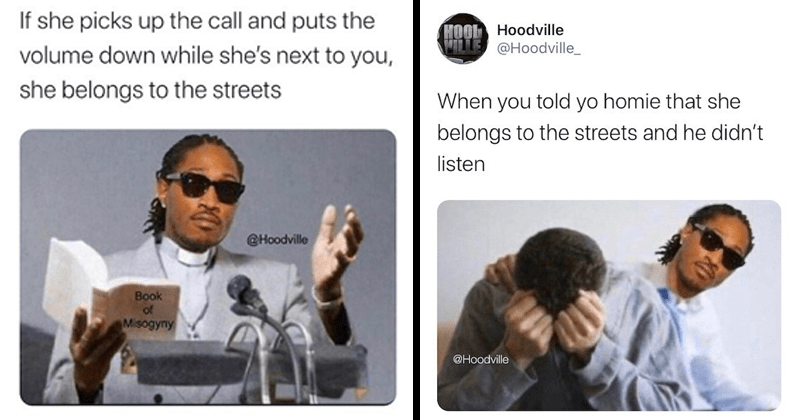