Poor Prince Philip. It feels like the ninety-nine year old Duke of Edinburgh has been the subject of a bit of well-meaning jokes about his appearance for much of the past year. The latest batch is inspired by a Daily Express tweet in which the publication claims
"Prince Philip 'looks several decades younger' in latest snaps." The photos accompanying the text say otherwise.

While he is looking quite chipper, many Twitter users were quick to point out that "several decades younger" might be a bit generous. And as mean as some of the tweets feel, they're actually extremely funny. We've put together our favorites for the enjoyment of morally ambiguous people such as ourselves. And we hope that Prince Philip feels as good as his smile is telling us - and that he and Queen Elizabeth are enjoying themselves while they can. 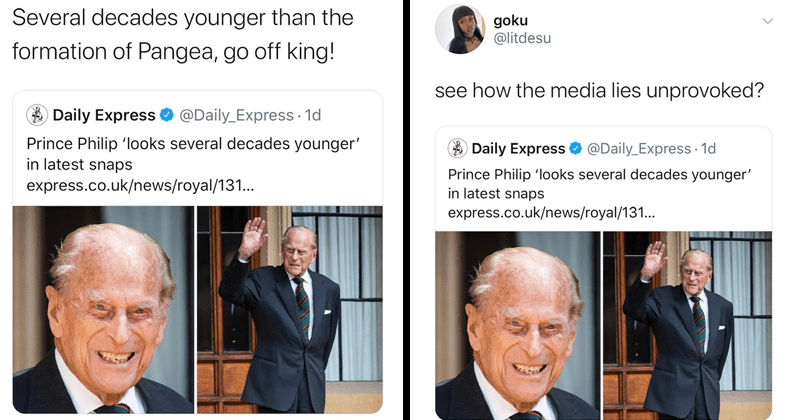