Just weeks after news of Mr. Peanut's "death" rocked the internet, a tweet announcing Goofy's demise has gone viral. Disney fans can rest easy, though - the tweet comes from a Disneyland parody account run by @pjayevans, who runs "Who Is?" show on Now This News. While we're not down with this new fad of killing off iconic characters and mascots, the tweet has garnered some pretty entertaining responses on social media. We just hope the account doesn't meet the same fate as the lovable Disney dog. 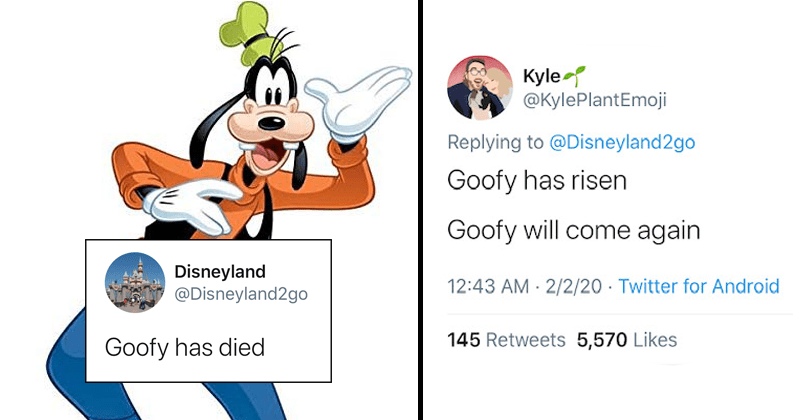 DIY Projects Which Have No Business Being On Planet Earth