President-elect Joe Biden has been discussing plans to forgive student loan debt and it's caused some controversy on Twitter. Obviously, many people who struggle to cope with the loans are elated. Others, especially people who managed to pay off their own loans, are not too keen on the idea. There's no way to ignore the fact that the cost of a college/university education has increased dramatically over the past thirty years. This leaves many high school students feeling like they have no other choice but to commit to paying banks and loan organizations for decades to come. The struggle of juggling debt with the costs of living a normal adult life is one that's frequently expressed in depressingly relatable memes. While we enjoy relating to other broke adults, here's hoping we see less of these memes in coming years, and more policy changes that make education less of a privilege. 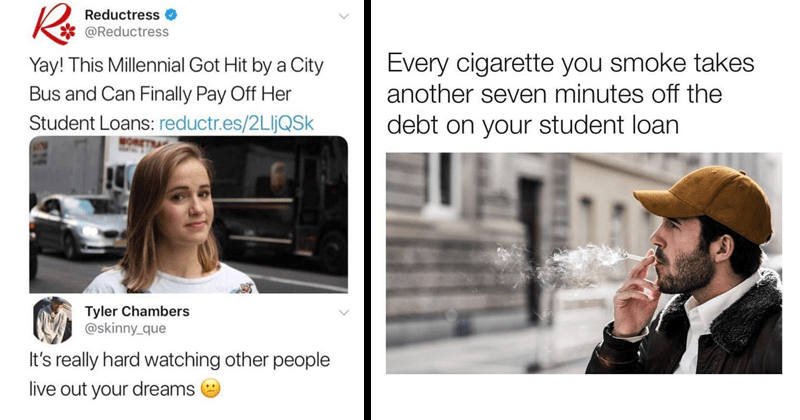