Thanos' 'Impossible' Is Yet Another Great Endgame Meme Nobody Asked For

It's starting to feel like we'll be scrolling through Avengers: Endgame memes when we're 80 years old. They're seriously inescapable. Fortunately, most of the memes we've seen have been pretty damn funny. That goes for the latest Thanos meme to arrive on the scene. A still of the purply villain saying "Impossible" after learning of other timelines. The image is now being used to poke fun at stuff people think are, well, impossible. Like the earth being round. For more hot Endgame memes, check out this bad boy list. 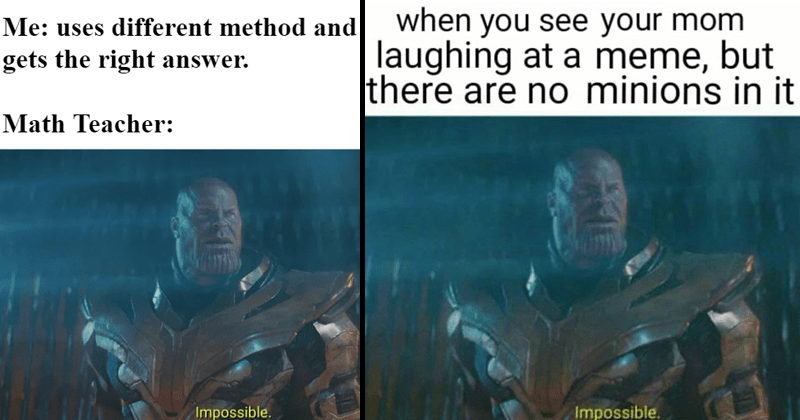