Twitter's Having A Blast With This 'Cultural Impact' Meme

Another day, another "stuff i like" meme. This one zeroes in on stuff/people/moments that have supposedly caused a cultural impact - and compares them to universally accepted people and movements that are believed to be important. Many of the memes involve The Beatles, but other people were able to mix it up. If you like what you see, simply search the meme on Twitter to find more. Just be prepared to sift through a shitload of K-Pop memes and tweets! 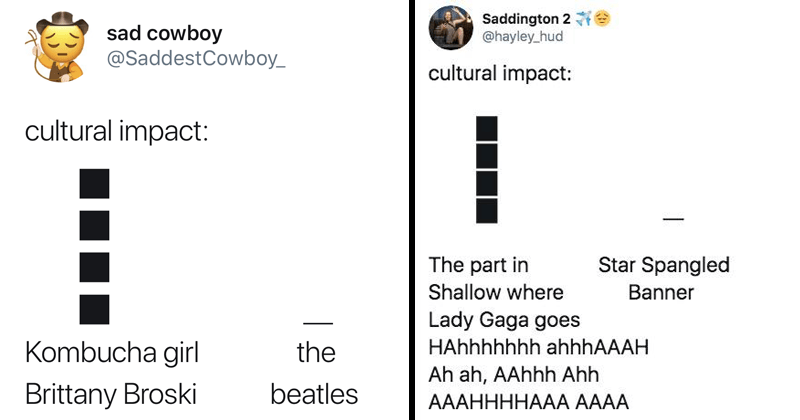 I'm In This Photo And I Don't Like It