We've been seeing a lot of cringey nice guys making themselves known on the internet, but it looks like they're popping up more frequently in the wild as well. Just ask the poor soul who was forced into a crappy exchange with one of them. Seems our "hero," Keegan, was given a wrong number after making a connection with a Sandra at a club. After it becomes clear that the phone number does not belong to Sandra, Keegan somehow manages to dig himself into an even deeper whole with this complete stranger. When will people learn? 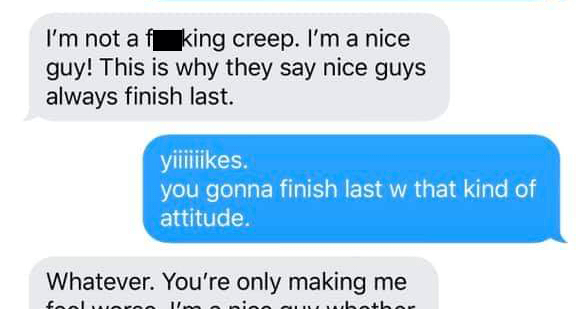 20 Animal Memes Because Nobody Dislikes Animals