Colton Underwood's season of The Bachelor has left us collectively scratching our heads. It's not just that he inexplicably chose the clearly ambivalent Cassie. It's that producers seem to have completely lost it an have chosen Hannah B. to be our next Bachelorette. As if her clear instability wasn't a red flag, we've seen on The Bachelor, and especially in this finale, that she is nearly incapable of expressing herself.

Fans of the show weren't shy in expressing their disbelief at the entire two hour finale. They were quick to shade Colton, Cassie, producers, Hannah B., and even musical guest Air Supply on Twitter. It's been a wild ride. 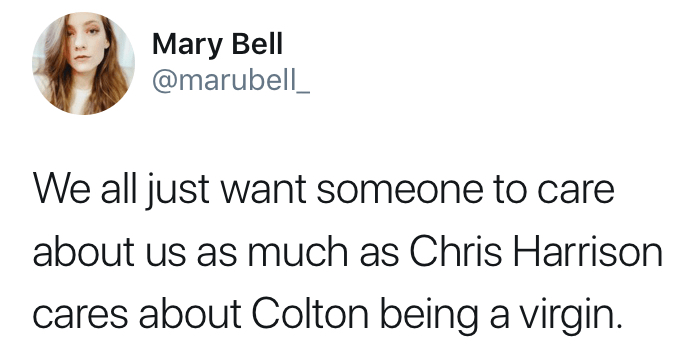 Well, that was two hours of our life that we'll never get back. Last night Chris Harrison took us on a journey to see how Colton's fence jump ended and to watch Colton cry on the shoulders of two women that clearly deserve better. We're not the only ones who think these finale episodes are a total shit show. Twitter, as usual, went wild with the reactions, gifs, and memes. We've put together the cream of the crop, and you can check out last week's hilarious memeshere. 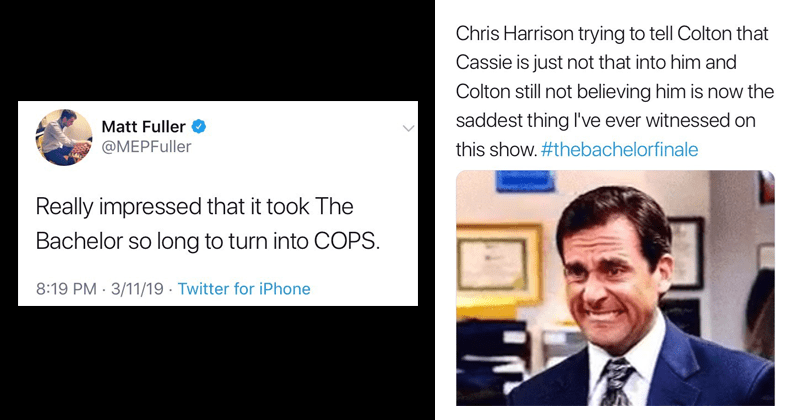 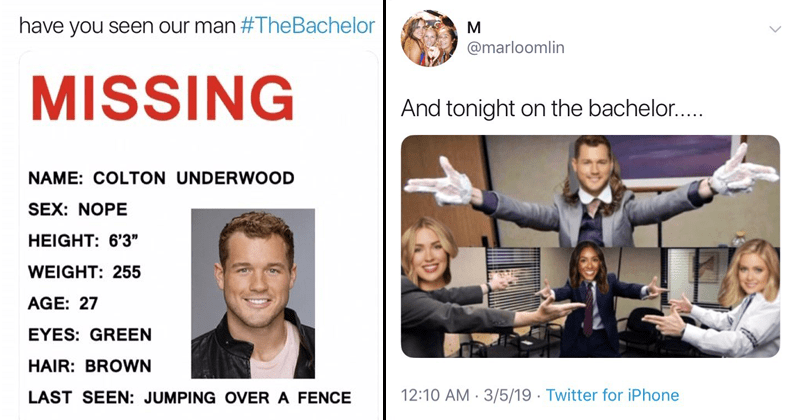