cast it into the fire

You Can Pry It Away From My Cold, Dead Hands 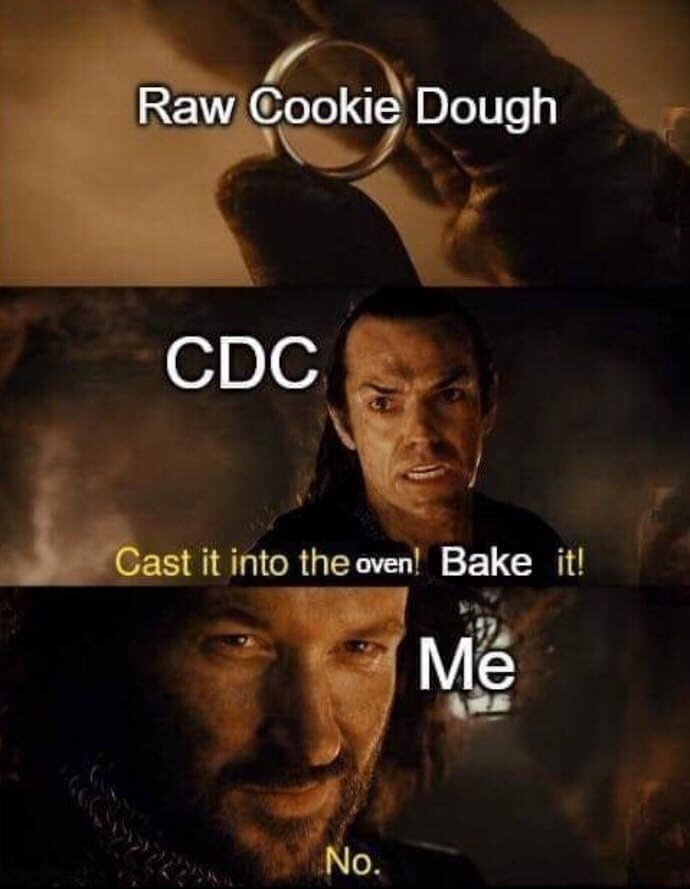 Lord of the Rings memes aren't hard to come by. Fans of the movies and the books have made it clear that they're talented meme-makers, and this trending format, from The Fellowship of the Ring, proves that the LOTR meme possibilities are pretty much endless. This particular meme features the characters Elrond (Hugo Weaving) and Isildur (Harry Sinclair) standing above a fiery volcano. Elrond pleads with the mortal Isildur to cast the evil ring into the lava below. He refuses. Similar refusals are being featured in the trending meme, mostly to hilarious and relatable results. 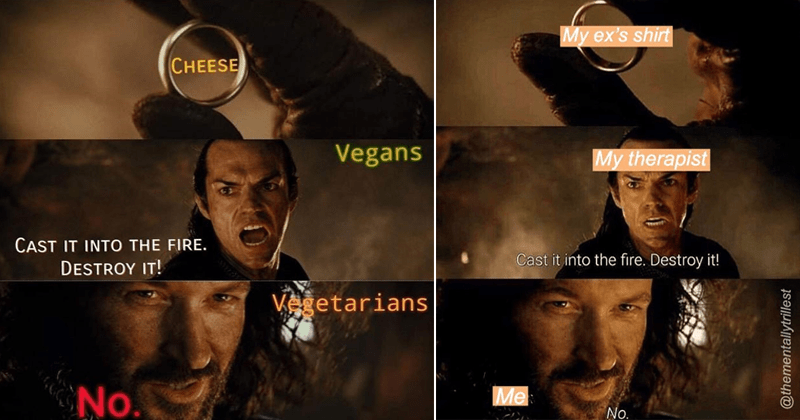