break up with your girlfriend im bored

Is Ariana Grande officially 2019's most meme'd celebrity? Honestly, we're thinking yes. Her latest studio album Thank U, Next has produced several bangers that we're lowkey obsessed with, including "Thank U, Next" and "7 Rings." Her latest single, "Break Up with Your Girlfriend, I'm Bored" has been gaining attention for its parodies and surprise ending. Not to mention it's catchy as hell.

We fully recognize that Ariana's been through some bad sh*t over the past year, and we totally respect her for her bravery! That being said, have her latest singles been meme-able as heck? Hell yeah. 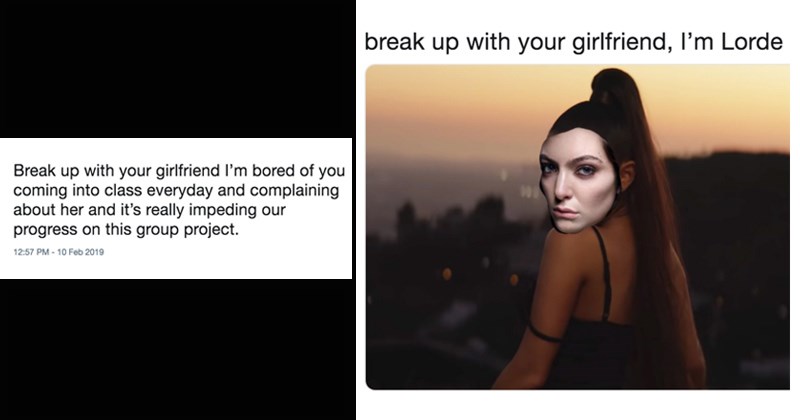