Twitter Is Having A Field Day Over Trump's 'Colorado Border Wall'

President Trump is getting the royal Twitter roasting treatment after displaying a shocking lack of geographical knowledge last night. The President was speaking to the Shale Insight Conference in Pittsburgh Pennsylvania when he started speaking about his confidence regarding winning New Mexico.

This comment went viral after The Hill shared a clip on Twitter - prompting many people to respond to the fact that it would appear that Donal Trump was under the impression that Colorado bordered Mexico. Unsurprisingly, Twitter has not been kind to POTUS regarding this flub, but man, we're learning that people really love to edit maps.

Trump has since claimed that he made the Colorado comment "kiddingly," but we're still trying to figure out where the joke is. In the meantime, we put together the best responses to the #ColoradoBorderWall to keep you entertained. 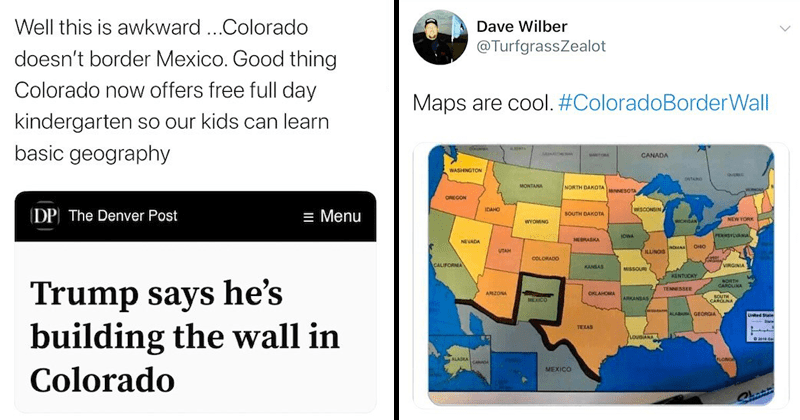