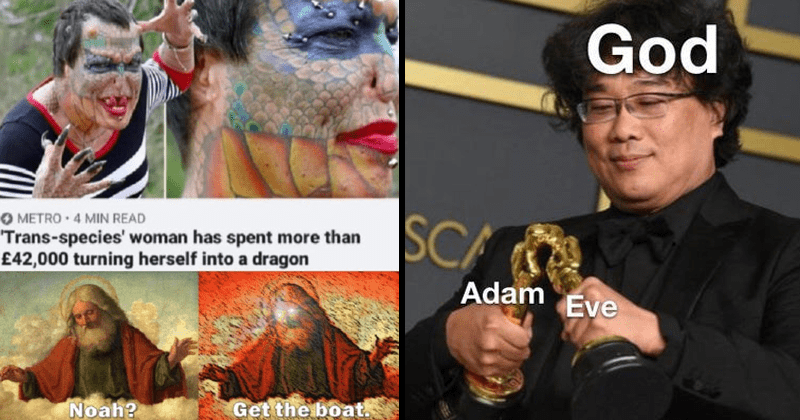 Korean filmmaker Bong Joon-ho made history on Sunday when his film Parasite won both the Oscars for Best Picture and Best Foreign Language film. The film has been hailed as satirical genius - a deft and stunning criticism of capitalism. While the irony of the Parasite winning these accolades in a room of insanely wealthy people is entertaining, the memes have been even more thrilling. The director was photographed making his statues kiss after his big wins, and the image very quickly morphed into the evening's best meme. Here are some of our favorites. 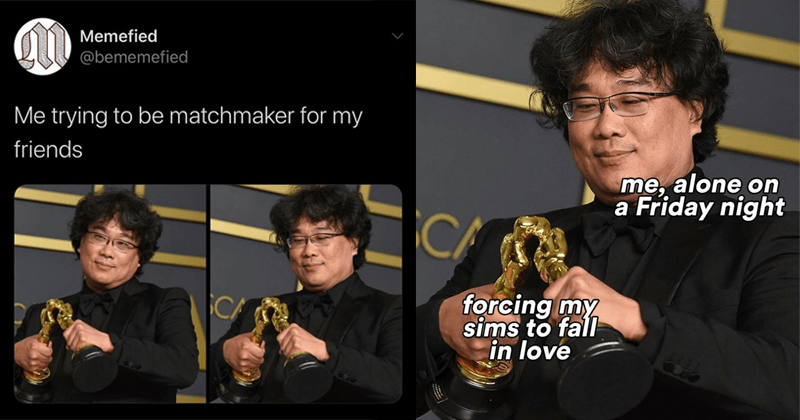