Good news for lovers of The CW's Gossip Girl series: it's the subject of the internet's new favorite meme. The show, which kicked off the careers of Blake Lively and Leighton Meester, ended in 2012, so some of you may not be familiar with the format and it's characters. But that's okay. There's not much to get. The meme is basically a more mainstream take on those Man of Culture memes that were going around a few years ago. This time, memers are remixing the text "Gossip Girl" and creating exceedingly moronic conversations between Serena Van Der Woodsen and Blair Waldorf. The memes lack the drama of the television and book series, but they make up for it with their easy-to-digest simple humor. And simple humor is much appreciated in these weirdo times. 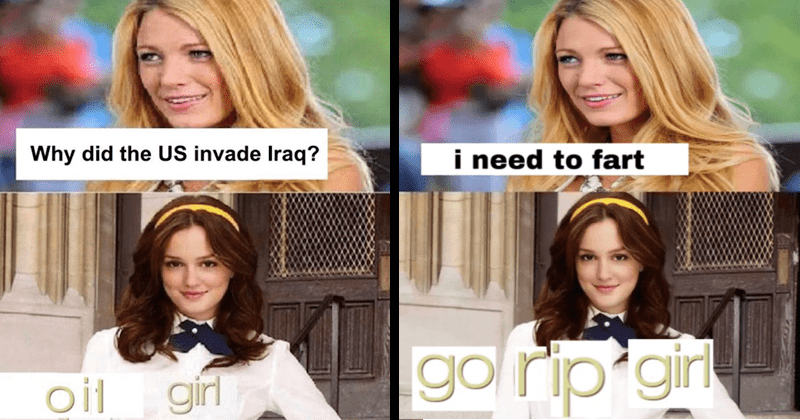