No Need To Panic Over 'Murder Hornets,' According To This Informative Thread

Recently it was announced that the Asian giant hornet, otherwise known as the "murder hornet" had been spotted in North America for the first time earlier this month. While many of us have been downright panicking over it, others have been doing their research, like this woman, who decided to draft up a Facebook post of the misconceptions about our new little yellow friend. We hope it puts your mind a little more at ease! 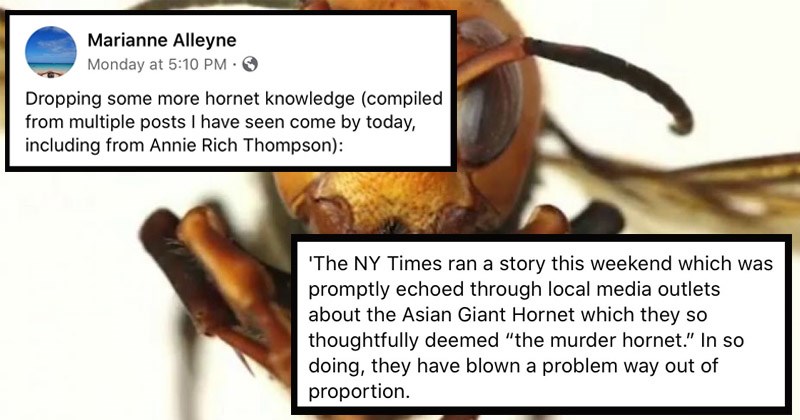