Rumors of Antifa being behind the January 6th storming of the capitol began almost as quickly as the Pro-Trump rally turned into an insurrection. Many far right conservatives and MAGA gangs seemed to immediately pass the blame to the anti-fascist group - much as they claimed Antifa was behind the BLM protests. Even though the FBI was quick to debunk the rumors, it seems that many followers of right-leaning mainstream media are still eager to deflect blame and weave more conspiratorial drama.

While some of these believers will continue to swim in their seas of confirmation bias, others are apparently grapping with family members who won't stand for the BS. This viral video, in which a kid puts their mom on blast for her insistence that MAGA did no wrong, is a pretty great example of the latter. While it doesn't seem like they've changed their mom's mind, it's pretty entertaining to see mom struggle to explain something that's completely false. The reactions ain't bad either. 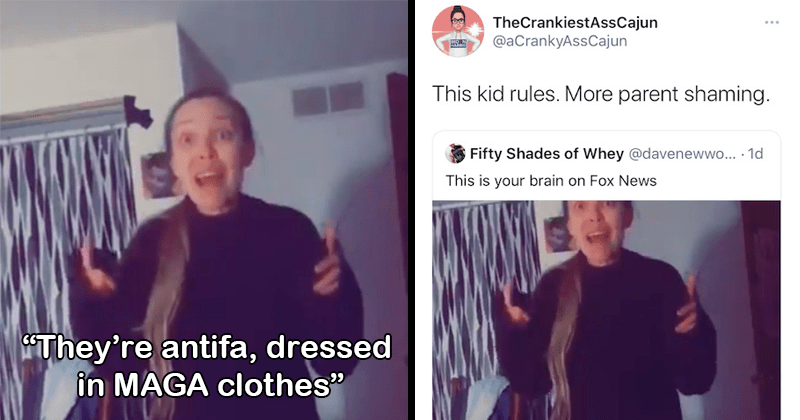 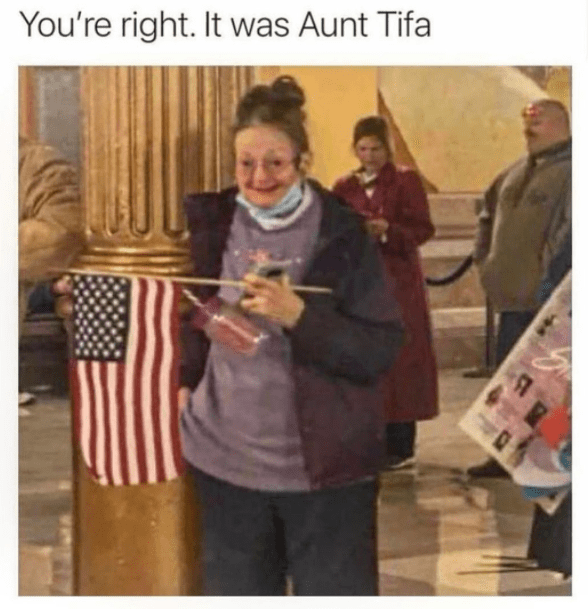