Over the last year or so we've seen a lot of iterations of the "Oomer Wojak" meme. From 30 Year Old Boomer to pessimistic Doomer memes, the formats seem endlessly customizable. And Memers are getting pretty creative as the meme becomes more popular. Soomer memes are proof. We're not sure what possessed someone to make an ancient Sumerian version of Wojak, but we're definitely not complaining. The memes are so detailed they often contain actual cuneiform. It's nice to see Wojak memes adopt a non-tradwife lean. We just need to brush up on our ancient languages. 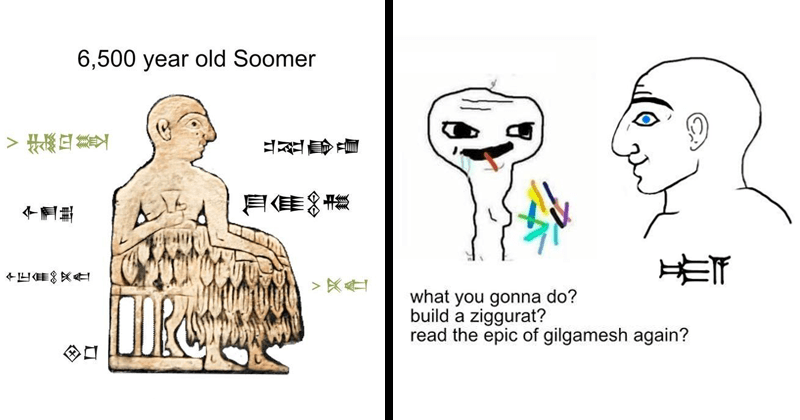