Divers had planned to spend their time under the water collecting shells. But when they happened upon a small coconut octopus using a disposable plastic cup as a shelter, they knew they had to act. This species has a predisposition from birth to seek shelter, which is often a coconut or seashell. Though the shell it found is good protection, the cup is dangerous, both for the octopus, and any predator that might try to eat it, and would most likely ingest the plastic as well.

The issue with finding a "new home" for the octopus, is that coconut octopi are extremely picky about the shells they choose for themselves, so the octopus in the video rejected a number of shells that it was offered, before finding one to its liking.

This is a relatively harmless case, but human waste kills sea creatures by the millions every year. Next time you go to the beach, be a little less lazy. Grab some reusable cups. Try to make sure there are less creatures like these using our waste thinking it is a part of their environment. 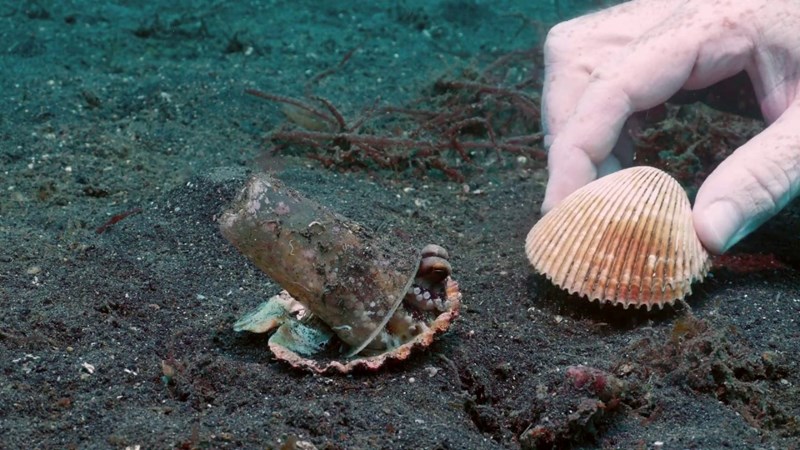