A group of international researchers and scientists have shed light on one of the central mysteries of solar physics: how energy and heat from the Sun is transferred to the Sun's upper atmosphere, heating it to more than 1 million degrees Farenheit - temperatures that are hotter than the Sun's surface.

With new images taken in granular detail by the New Jersey Institute of Technology's Big Bear Solar Observatory (BBSO), the researchers discovered that jets of magnetized plasma (spicules) spurt like geysers from the sun's upper atmosphere into the corona (the outermost part of the Sun's atmosphere). These spicules are between 125 and 310 miles wide and erupt continuously across the Sun's surface. Images of the jets also shows how they are made and the paths they travel (at 62 miles per second).

The corona is invisible to the human eye and the source of the mechanisms has been a confounding mystery for astrophysicists - until now. The GIFs below show granular details of the new images taken by the Big Bear Solar Observatory. 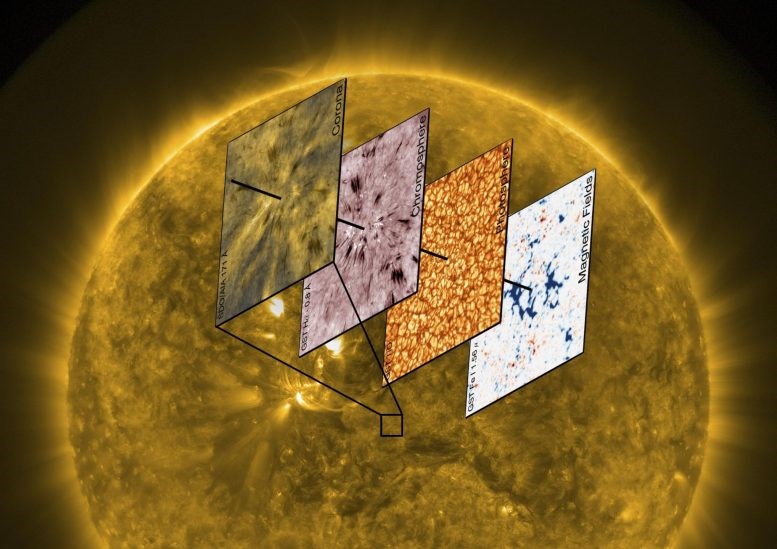