The Best Of "Leo Laughing" Memes

Who would have thought that one innocuous frame from the 2012 movie "Django Unchained" would experience such explosive popularity almost eight years later? We don't have the science to explain it, but no one can argue that there's something about Leonardo DiCaprio's smug little giggle that is just extremely relatable. Check out the Know Your Meme gallery for more examples of Laughing Leo. 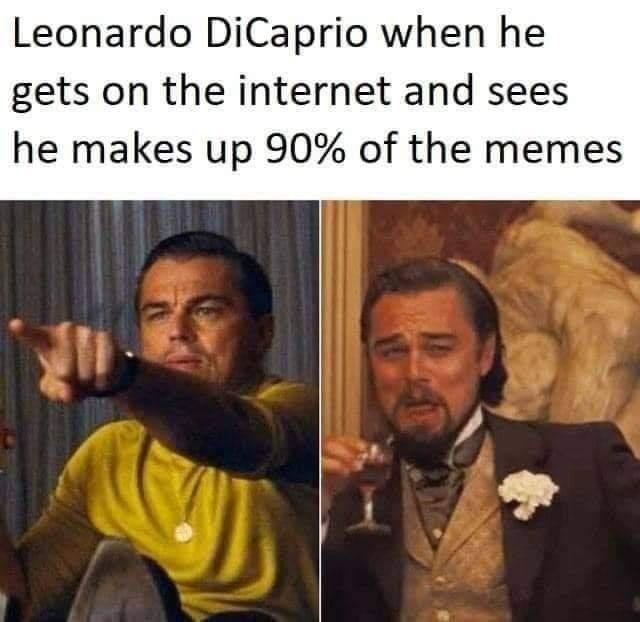