Prank of the Day: Anything Can Happen in This Magical Porta Potty

It’s the clown car of toilets.

Some festival-goers at the Governors Ball in New York were in for quite a treat when they tried to use the bathroom earlier this month.

One magical porta potty provided no relief for their bladders but plenty of entertainment, as anyone who opened the door was presented with an impromptu musical performance instead.

The porta potty had a hole cut in the back, and GoPro cameras were positioned alongside it to capture the crowd’s reactions.

Although if you really had to pee, you probably weren’t having quite as much fun as they were. 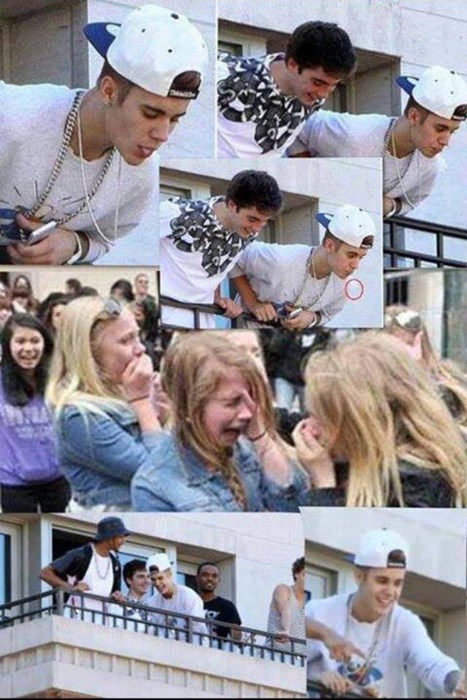 So naturally, share them with everyone you know. Problem, Justin?

This Family's Nightmarish Photoshop Fail Has The Internet In Stitches

One mom's disaster of a family photo shoot has gone completely viral after she shared the haunting and hilarious photos on Facebook. Pam Zaring posted the insane images after paying over two hundred dollars for a "professional" shoot from Lesa Hall. From her account:

"Ok. This is NOT a joke. We paid a photographer, who claimed to be a professional, $2-250 for a family photo shoot. Please see these FOR REAL photos she delivered to us....She said the shadows were really bad on the beautiful, clear, sunny day and that her professor never taught her to retouch photos. Feel free to share

😂 I literally have not laughed this hard in YEARS!!!!! You can't make this stuff up.....again, this is NOT a joke - final product

The Facebook gallery has racked over 300k shares from places as far as Morocco. It's become such a hit that there's even a parody account for the photographer, and people are starting to wonder if the whole thing is an elaborate marketing hoax. We really, really hope it's not. 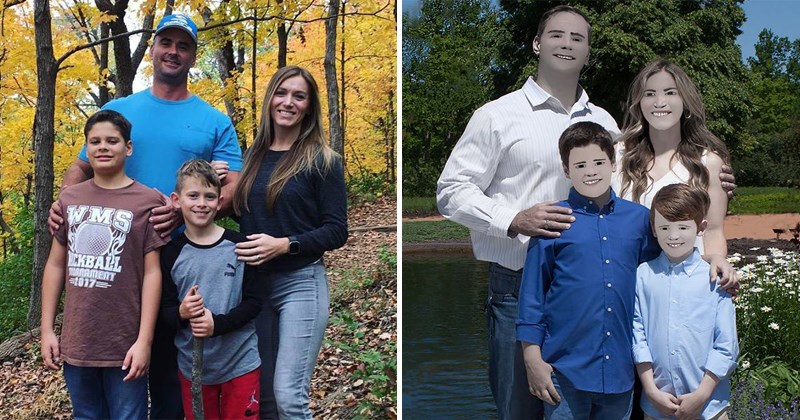