United Airlanes is the Worst Airlane EVER!

In May of 2012, Tumblr user LeonsBuddyDave made a fake Twitter account with the name "United Airlanes" (as opposed to United AirLINES). He posted a few gag tweets and then left the account alone. Recently, he decided to check up on the account just for kicks and saw that quite a few people had tweeted at the parody account believing it was the real thing. 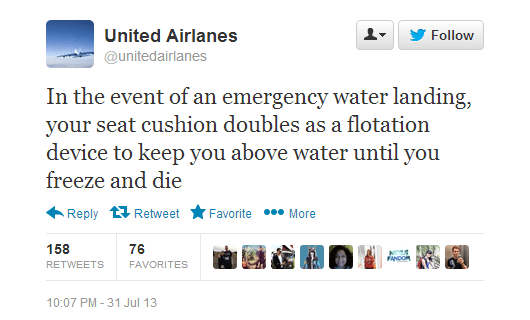