A Prankster Made Dayton, Ohio Believe Limp Bizkit Was Coming to a Local Gas Station for a Concert 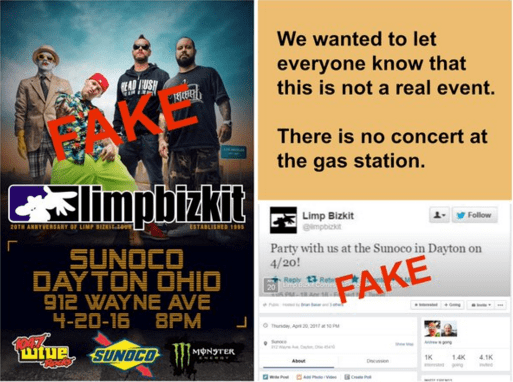 A man named Brian Baker convinced the town of Dayton, Ohio that Limp Bizkit would be coming to a local gas station to perform a concert. All he had to do was create a Facebook event. Dayton.com covered it and many locals were excited for the event, to the point that local police had to step in to let people know that it was a hoax.

Why Not Learn a Few Facts While Pumping Gas?

They say that "all the world's a classroom" and we're all always learning new things. So, by the transitive property of equality, that means that gas stations are classrooms too. The more you know. 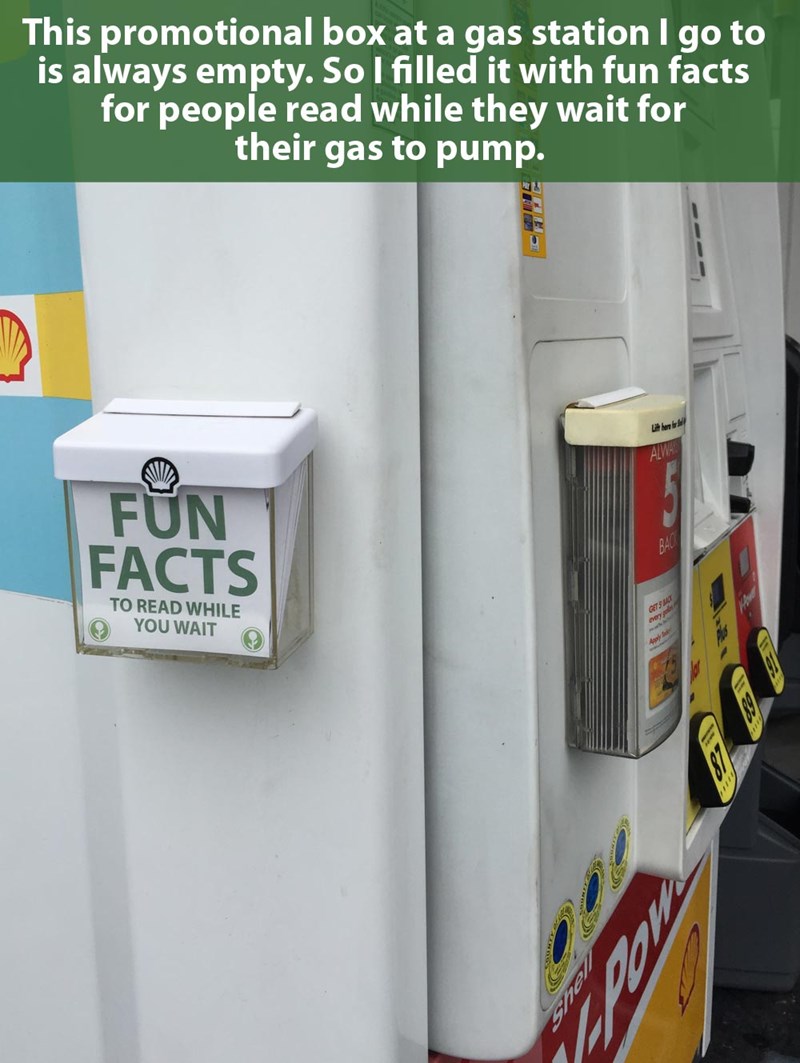